I needed some pictures framed the week before last week (three in total) and, not having a Picture Framing company in my networking group, decided to contact four local framers by email. I could send the same specification to them all, right at that moment. It was Thursday evening at 9.00pm.

After a quick Google search I found my four framers; basically the four that were based nearest to me.

Next morning (Friday), just after 10.30am, I received my first reply. The company gave prices, a delivery time, and said that they were sure that they could help me.

Later that afternoon I received my second reply. The prices were much higher and subject to sight of my pictures. Again they included a delivery time, which was longer than that of the first company.

I didn’t hear back from the other two companies; my emails didn’t bounce, and to this day never have.

Given that the first company who had replied, had done so quickly, and that their prices were the best, I decided to go and visit them.

Their shop was busy, being a Saturday (in Guildford), but when I mentioned my name they knew who I was and what they had quoted. They asked to look at my pictures, confirmed that the prices given were correct, showed me the choice of frames and advised on suitable mounts. Then I asked about delivery. They said that they could have them done by the following Saturday to which I replied that I was having a dinner party that day and had rather hoped to have them on display. Their answer was just what I was hoping for: they would have them done on Friday.

To my delight the pictures were ready on the Friday and the framing was excellent.

So, what can we all learn from this?

First, that speed really makes a difference as to whether you get a business opportunity or not.

Second, that a really well-worded quote makes a big difference. I liked the fact that they were so positive about being able to help me.

Third, that price is important, but not the only reason people buy. Had this company been more expensive I would have still checked them out because of the other two points above.

Fifth, that if you advertise your business you just must respond to the people that contact you. So many sales are lost to companies that don’t.

I am sure that there is even more that can be learned from my experience but my question to you is this. How would your business have done in similar circumstances?

Business Tips, Exclusive Offers, Videos and More... Business Mentor - guidance, motivation, inspiration and support. . Started my first business as a 21 year old. Live in Chilworth, Guildford, Surrey with my wife. We have four grown-up sons. Author of 'The 10 Year Breakfast' and 'BNI: One Bite at a Time'. View all posts by David Wimblett

One thought on “You’ve been Framed!” 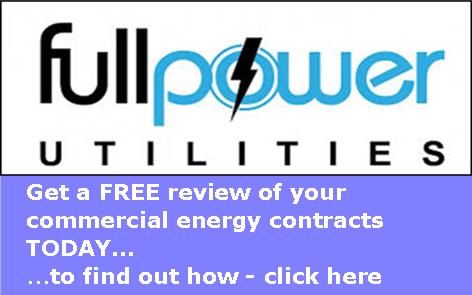 The book is Paperback

The 10 Year Breakfast is the result of me eating nine hundred and eighty seven breakfasts (mainly Full English) over the past ten years. My book is about business; it is about what I have learnt about business whilst networking. This is what Executive Director Colin Read says about my book: "David has the ability to observe everyday networking situations with an extremely dry sense of humour that is rarely found before lunchtime, let alone breakfast. In a nutshell, 'He adds the brown sauce to your full English!' A must read..."